This blog is an excerpt from my book, Lead The Future: Strategies and Systems for Emerging Leaders (the e-book is cheaper here).

One of the people who has most influenced my thinking is former Wall Street trader, philosopher, and best-selling author Nicholas Nassim Taleb. If you find some of the ideas about probability in this book interesting and useful, I highly recommend you read his collection of books, Incerto.

A main idea in one of the books from Taleb’s Incerto, The Black Swan, is that the bell curve does not provide a valid model for many kinds of data and phenomena.

If you are a student, you will likely be most familiar with the bell curve from your experience taking tests. It is common for teachers and professors to grade exams on a [bell] curve. They will assign a certain amount of As, Bs, Cs, etc. based on the distribution of scores on the exam. This enables the teacher to avoid giving every student an A, on an easy exam, or giving every student an F, if the exam was designed for students with greater proficiency. 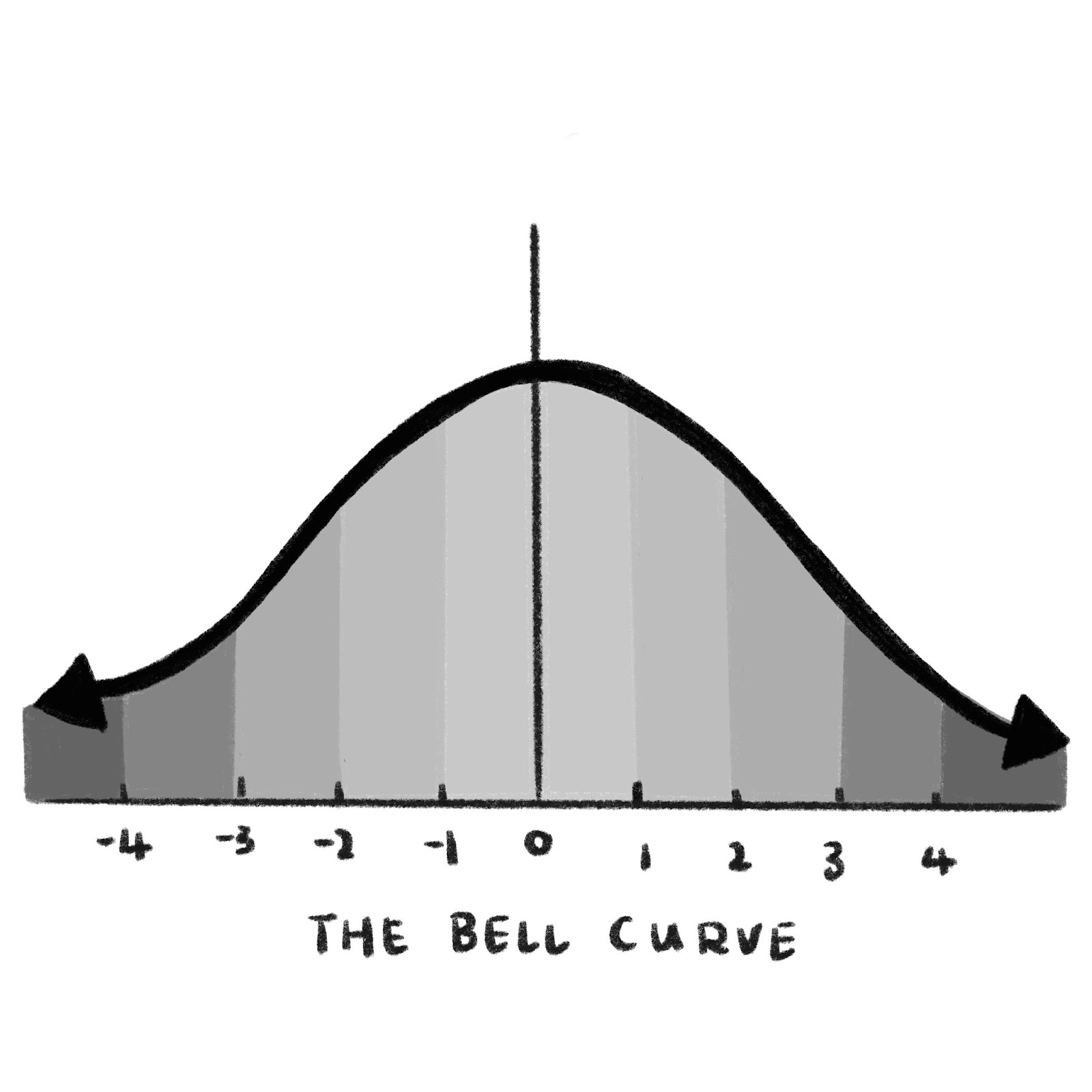 Certain sets of data do not fit inside this bell curve distribution. These data sets tend to be focused on domains related to money and social phenomena, rather than biology. We can model many of these kinds of distributions as an exponential growth curve, or “winner-take-most” or “winner-take-all” model. For example, you have likely heard that the top 1 percent of the wealthiest people in the United States owned 38.6 percent of all American wealth in 2016—an example of this type of power law distribution. 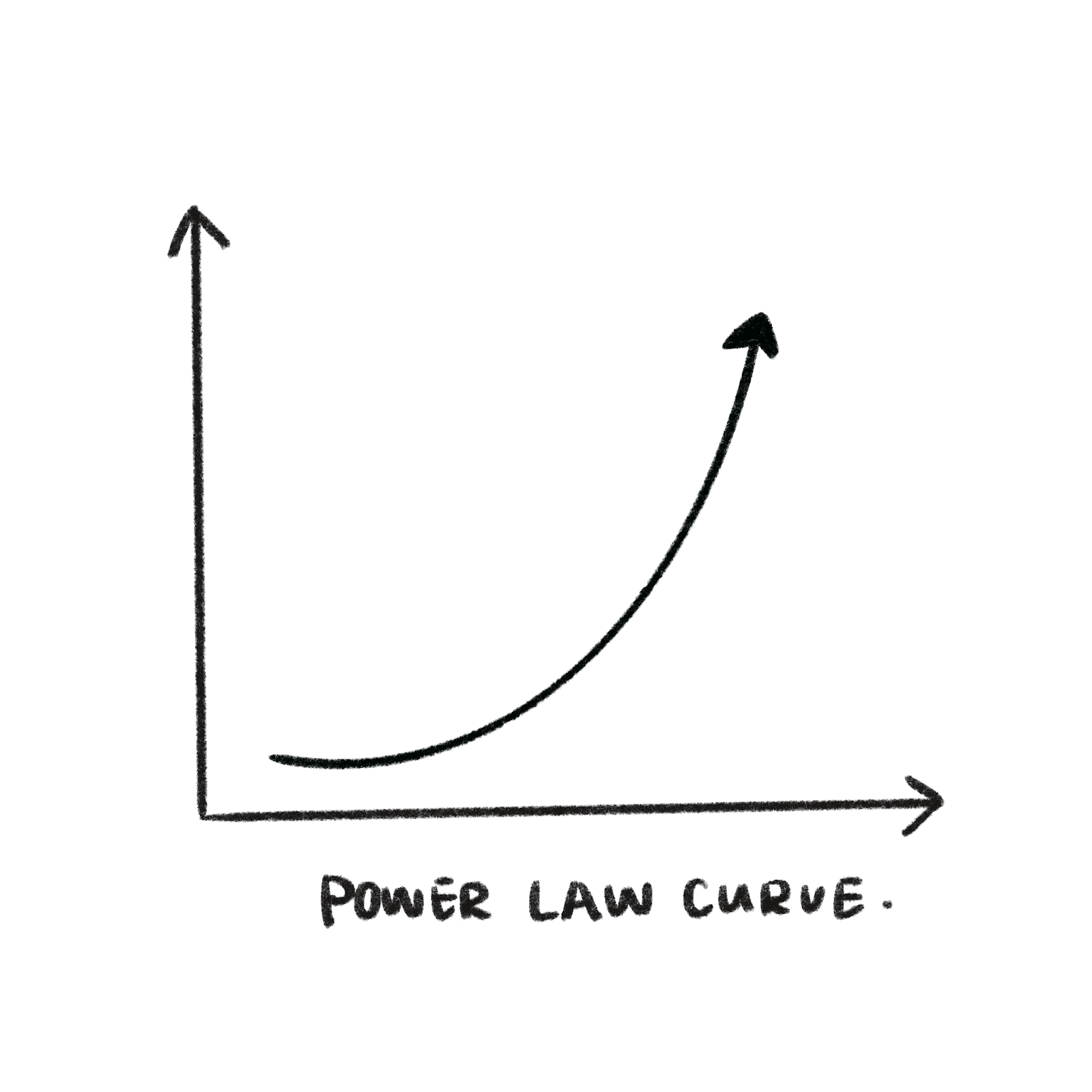 Any sufficiently advanced technology is indistinguishable from magic.

In the case of, say, Mark Zuckerberg or Jeff Bezos, this tremendous wealth results from their ability to monetize the value their companies provide. They were able to not only create value, but also successfully convert it into profit. In contrast, Jimmy Wales, the founder of Wikipedia, has created tremendous value for the world but did not implement a business model that would enable him to amass wealth in proportion to the value he created.

We can also look at a historical example. George Eastman, with his company Eastman Kodak, popularized personal film cameras. These cameras radically expanded people’s ability to capture photos and were critical to the mass adoption of photography as a consumer good. Eastman Kodak was a tremendously profitable company that captured large amounts of the value it created, through its monopoly on film production and processing. Due to Kodak’s patents, they faced little to no competition for many years.

The proliferation of cameras has created immense value for society, and these products are now available globally. In my lifetime, I have experienced both disposable Kodak film cameras and the incredible, machine-learning-augmented Pixel 2 camera. The latter has enabled my brother to thoroughly document the childhoods of my niece and nephew. A low estimate suggests there may be 10,000 times the amount of photos and videos of their childhood than mine or my brother’s.

A company like Kodak can be cited as an example of both the tyranny of monopolies and the value created from technological innovation. At the time of writing, every smartphone now has a camera orders of magnitude more powerful than anything George Eastman could have hoped to create. While phone companies today compete at the margin to provide the best camera, a high-quality camera is a required feature for any smartphone. Commercial cell phone manufacturing is a highly competitive market with moderate profits, especially contrasted with Eastman Kodak’s consumer film monopoly under George Eastman’s leadership.

While Facebook and Amazon receive justifiable criticism for some of their business activities and the exorbitant wealth of their founders, their critics often ignore or overlook the value they have created. Facebook enables their users to communicate with their friends, family, and fans, facilitates distribution for independent news sources and other entrepreneurs, and encourages fundraising for thousands of nonprofit projects. Likewise, Amazon empowers many small businesses to expand their markets, supports new products and business opportunities through Amazon Web Services, and enables authors, like me, to get our content to our readers in person, on Kindle, or via Audible. You may have good reason to critique these firms, but the point of this section is to point out this tension that arises from innovation.

Inequality can result from innovation that provides immense value to our lives. The reality is that power law distributions exist and we should develop an understanding of the origins of these inequalities.

Another example of power laws can be found in search engine usage. In August 2019, Google’s search engine was used for 93.14 percent of all mobile searches. The next largest search engine, Baidu, only accounted for 3.56 percent of mobile searches. This dominance in search results enabled Google to generate 86.78 percent of all its revenues from Q3 2017 to Q3 2018. This distribution has been relatively stable over time. In this example, we see that not only is there a power law distribution in the usage of these search engines but there is a power law in revenues generated internal to Google. While they have numerous other products, including the aforementioned Pixel phones, they account for a small fraction of their total revenues.

Recognizing the inequality the power law represents is critical to understanding our modern world. These distributions are an issue the next generation of leaders will have to grapple with as we work to build a more prosperous future. Obscuring and ignoring these inequalities is neither pragmatic nor moral.

We need to continue to permit businesses, their customers, and their employees to benefit from the value they create, but we also need to develop institutions that are more effective at supporting those who do not directly prosper as a result of these innovations.

Want to read more blogs like this? Sign-up for my free, weekly newsletter. It takes ~1 minute to read and will keep you learning something new and unexpected every week.